R Markdown files are a cross between markdown and R files since they can load and run chunks of code alongside markdown-formatted text.

There is already a great R Markdown guide, I will just note a few points that I found helpful.

When you setup the file, there are a couple of things you need to specify in the header. Most importantly, you need to specify the output format and the bibliography file (which should be in the same directory). For example, your header for a pdf document with tango color scheme highlights may proceed as follows:

These are chunks of code that can be run separately or together. This image from the RStudio cheatsheet shows the general layout of the document, including the green arrows at the top of each chunk that can allow you to run it separately. 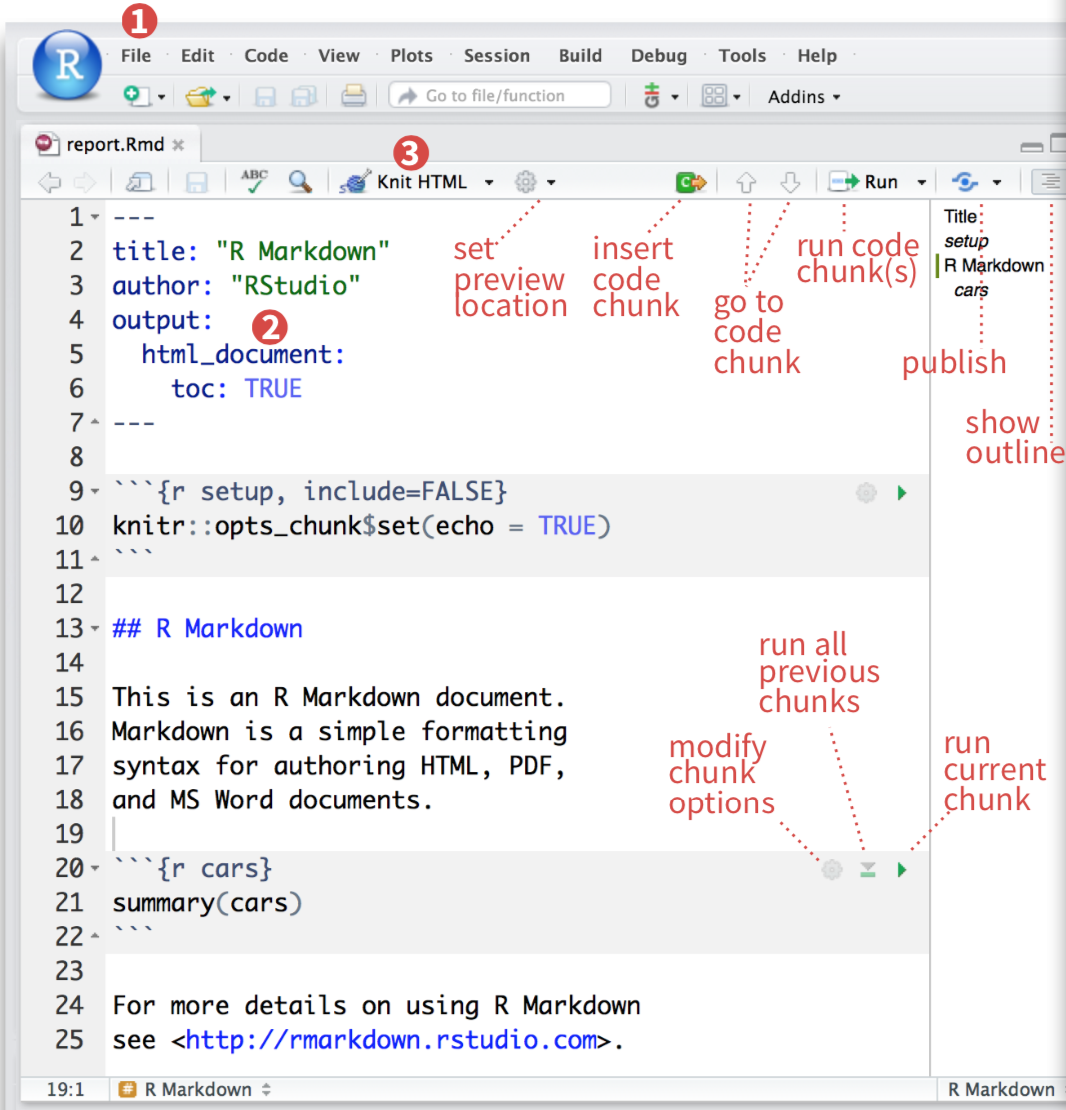 All of the formatting options must be specified into the chunk header. There is some description of the options in the Rmarkdown guide. Usually I have one chunk at the beginning of the document for loading all the libraries and setting directories, with the following simple setup which suppresses start up messages:

This code chunk will not display in the main document. In general, it’s clunky to show the real code.

NOTE The chunk outputs such as figures and tables usually will display after the code, if you set both to display. However they can end up in unusual positions, appear out of order, and float around. To help with this, you can add the following to your startup chunk but it still may happen:

It seems that the wierd positioning happens less with html output than pdf output.

To display figures, you can opt to show the figure but not the code by setting ‘echo=FALSE’. It works well to have one figure per chunk. In this way, you can add automatic figure references by adding a figure caption to the chunk header. Inside of the caption you may add the “label{fig:labelX}” to be able to refer back to this figure later. For example:

NOTE When you include more than one figure in a chunk, or if you mix a figure and a table, the document can glitch and the caption doesn’t show up sometimes. I’ve also seen this happen when you don’t leave enough space after a chunk.

To format a table to look good, you can use kable as a basic builtin option e.g. as follows. Note that kable includes an option to add a caption. When knit, a table number is automatically added in the caption.

However to make reference to this table you will need to include a figure caption in the chunk header. I haven’t figured out a way around this yet.

With the bibliography file you have specified in the header, you can include references inside the text in BibTex format. One easy way to export these references from Mendeley is to right click from the main menu and “copy as BibTex” as in the image below. Then you can paste into your bibliography file. 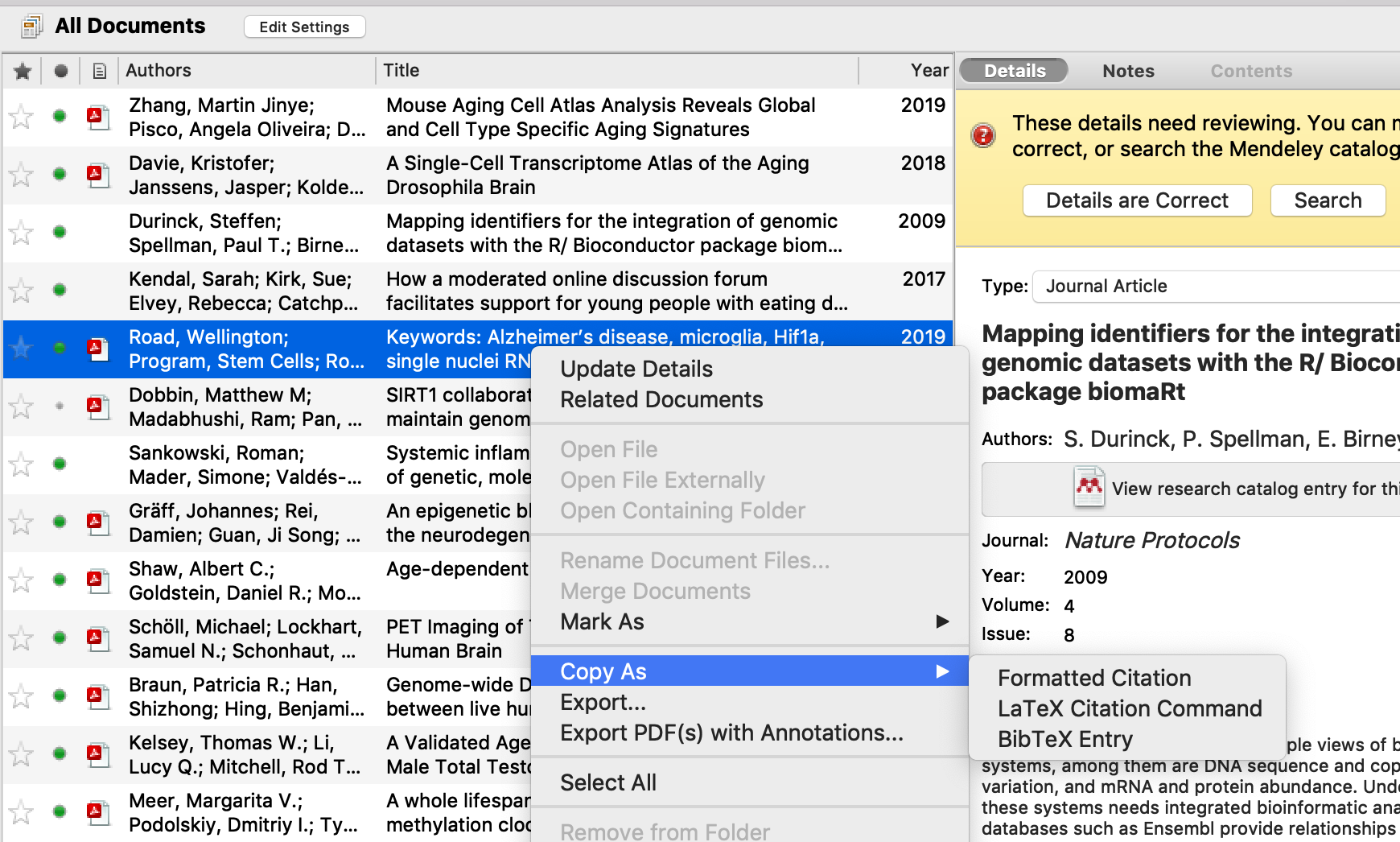